Rush Lockfile Explorer helps you investigate and solve version conflicts when working in a monorepo that uses the PNPM package manager. It's designed for the Rush build orchestrator, but you can also use it to analyze a standalone PNPM workspace without Rush.

Lockfile Explorer helps with problems such as:

The app is distributed as a regular NPM package. You invoke it from the shell command line, and it launches a Node.js service on http://localhost: 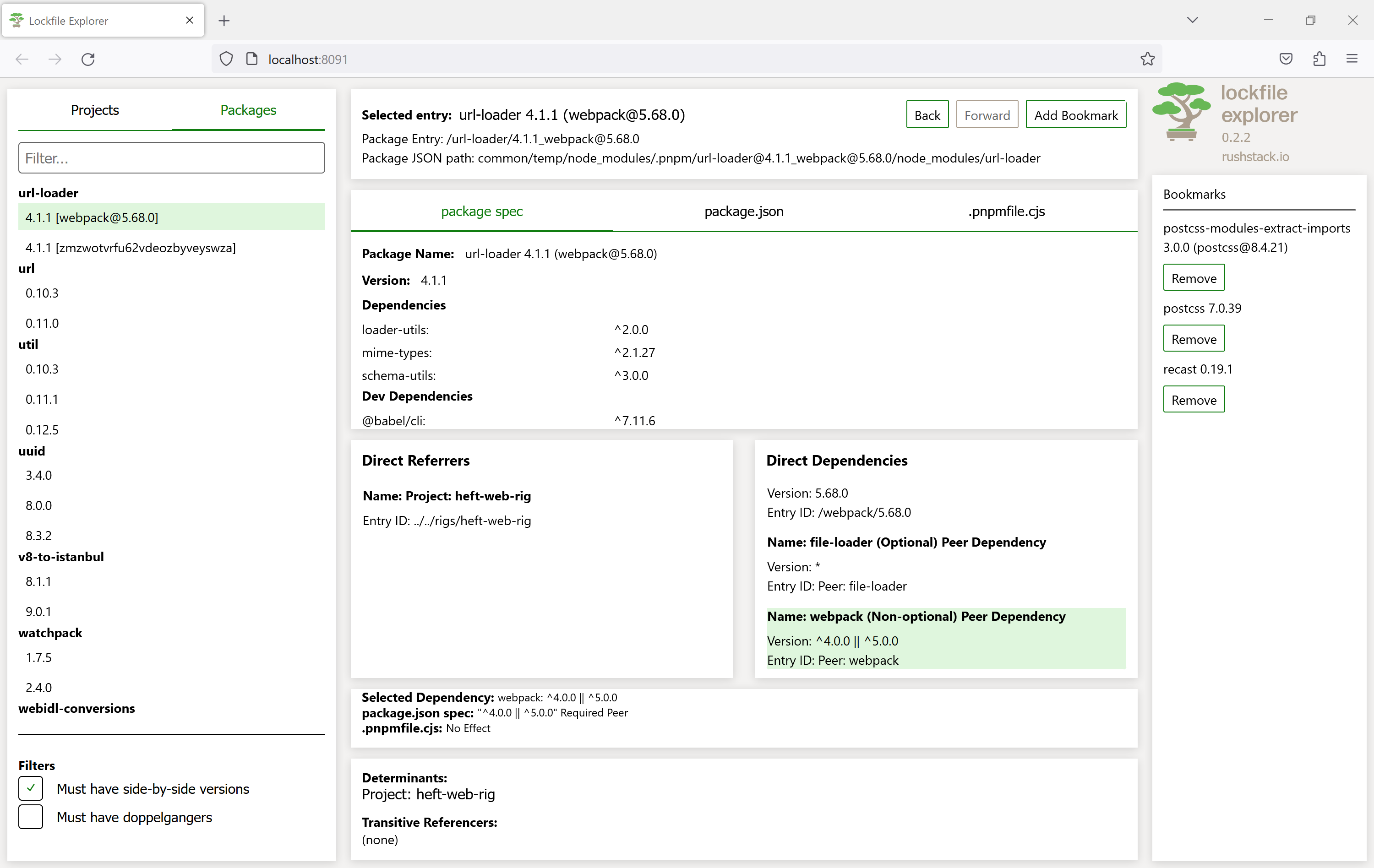 Lockfile Explorer is part of the Rush Stack family of open source projects.